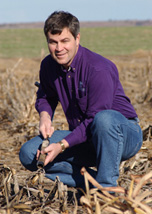 Climate Change Science, Adaptation, and Mitigation: The latest from the IPCC 2014 Report

Human influence on climate is clear, and recent anthropogenic emissions of greenhouse gases are the highest in history. Recent climate changes have had widespread impacts on human and natural systems. Anthropogenic greenhouse gas emissions have increased since the pre-industrial era, driven largely by economic and population growth. This has led to atmospheric concentrations of carbon dioxide, methane and nitrous oxide that are unprecedented in at least the last 800,000 years. Their effects, together with those of other anthropogenic drivers, have been detected throughout the climate system and are extremely likely to have been the dominant cause of the observed warming since the mid-20th century. The total aerosol effect in the atmosphere, which includes cloud adjustments due to aerosols have offset a substantial portion of global mean forcing from greenhouse gases. However, the aerosol effect has high uncertainty. Adaptation and mitigation are complementary strategies for reducing and managing the risks of climate change. Substantial emissions reductions over the next few decades can reduce climate risks in the 21st century and beyond, increase prospects for effective adaptation, reduce the costs and challenges of mitigation in the longer term, and contribute to climate-resilient pathways for sustainable development. Agriculture, Forestry, and Other Land Use is unique among the sectors since the mitigation potential is derived from both an enhancement of removals of greenhouse gases (GHG), as well as reduction of emissions through management of land and livestock. However there are many barriers to implementation of mitigation options including technological. These will be discussed.