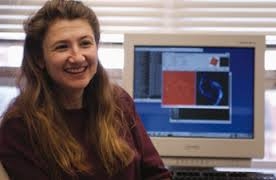 The Formation and Evolution of Exotic Multiple Planet Systems

The Kepler mission has recently discovered hundreds of compact multiple planetary systems. These systems include tightly packed systems, systems in chains of mean motion resonances, and planets of high and low densities. We introduce ways to explain relations between planetary spacing and orbital stability. Planetary systems could have interacted in the past with a gas disk, and scattered planetesimals or planetary embryos. We discuss limits on orbit crossing planetesimal mass in the resonant HR8799 and Kepler KOI730 systems and formation scenarios for the exotic, extreme density contrast, closely spaced pair of planets in the Kepler 36 system. We find that some Kepler planetary systems never hosted massive debris disks but that fast collisions between planetary embryos and planets were likely during the late stages of planetary system formation and that evaporative winds can induce orbital migration.