Neutrinos are being studied in experiments like MicroBooNE and DUNE by sending vast amounts of neutrinos into tanks of liquid argon and observing the interactions which take place. In many of these interactions, a proton or muon is produced during the collision which creates a reproducible track as it moves through the tank. Analyzing the trajectory of the proton or muon provides essential information for reconstructing the collision and learning about neutrinos. However, these particles frequently exit the liquid argon detector, which makes it harder to reconstruct particle momentums and to identify protons from muons. This project explored the potential of using multiple coulomb scattering (MCS) on exiting tracks to determine particle momentum and identity.

Fig 1. A charged particle's track is segmented and best fit lines are drawn through each segment. The projected angle between segments lies on a momentum-dependent gaussian distribution. [1]

Charged particles undergo coulombic scattering in liquid argon which cause slight variations in the otherwise straight path of the particle. Segmenting particle tracks and fitting lines through each segment gives a gaussian distribution of the angle between adjacent segment fit lines, predicted by the Highland formula. The expected scattering angle between segments is momentum-dependent, which allows a particle's momentum to be found using a maximum likelihood method. The success of this momentum reconstruction shown in Fig. 2 validates the use of MCS using a simulated particle's true position data. 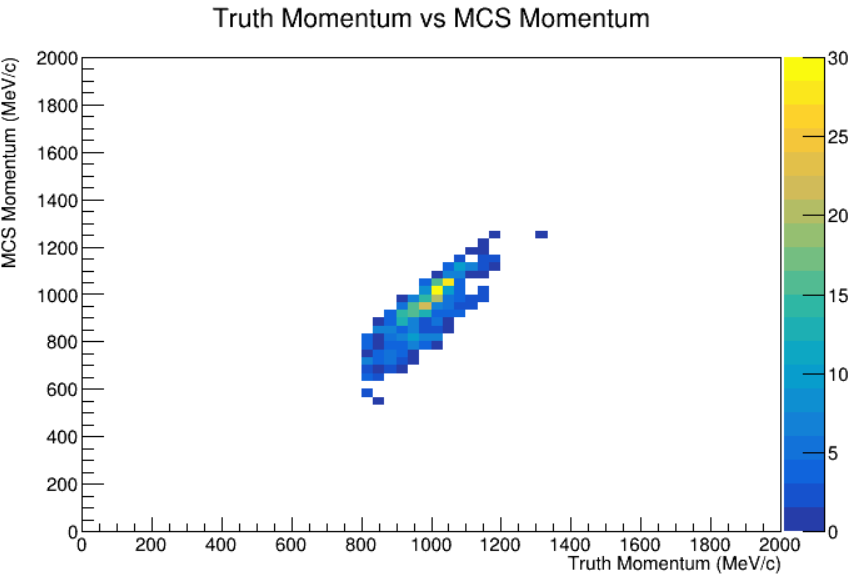 Protons are significantly more massive than muons, meaning their expected scattering angles given by the Highland formula differ greatly from muons. This makes it possible to apply a maximum likelihood method for particle identification as well as momentum reconstruction. For muons, this method successfully identifies the particle almost every time. However, protons are harder to identify, since non-coulombic interactions with argon nuclei affect their scattering angles. 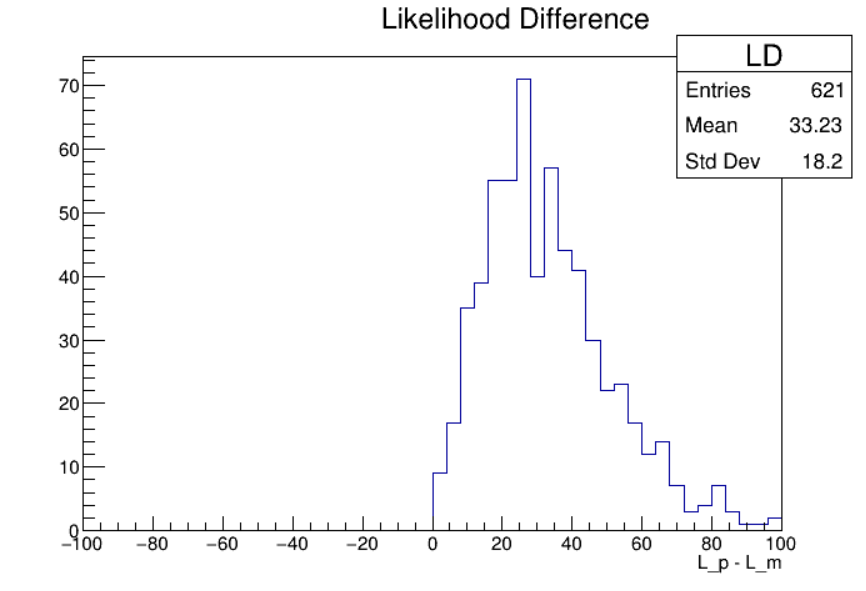 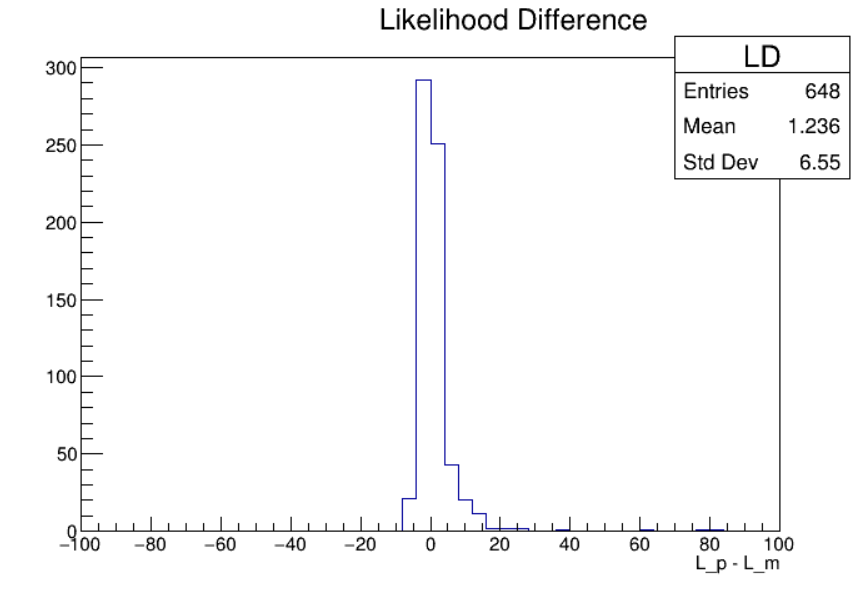 Fig 4. A histogram showing the difference in negative log-likelihoods for protons and muons. For true protons, a higher likelihood is expected, which corresponds to a lower negative log-likelihood. The distribution is centered around 0, suggesting that multiple coulomb scattering is not sufficient to identify protons from muons due to non-coulombic interactions by the protons. 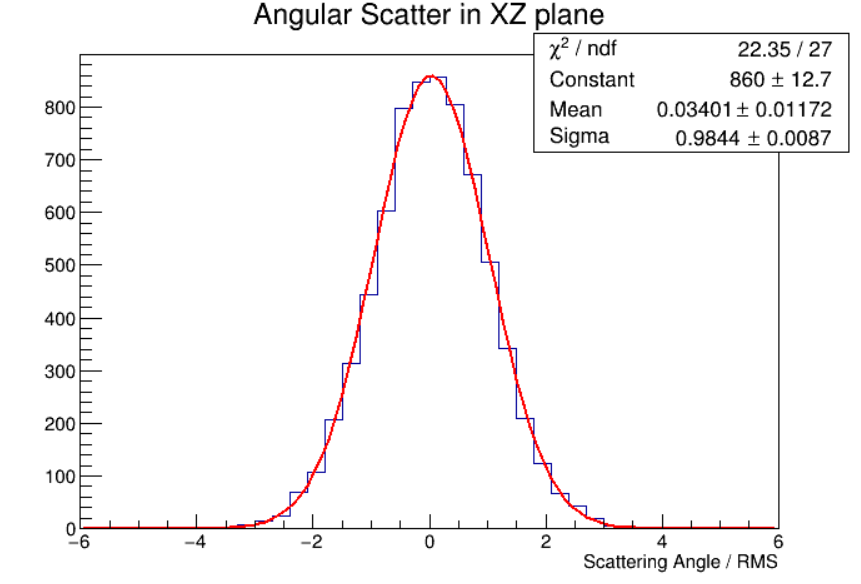 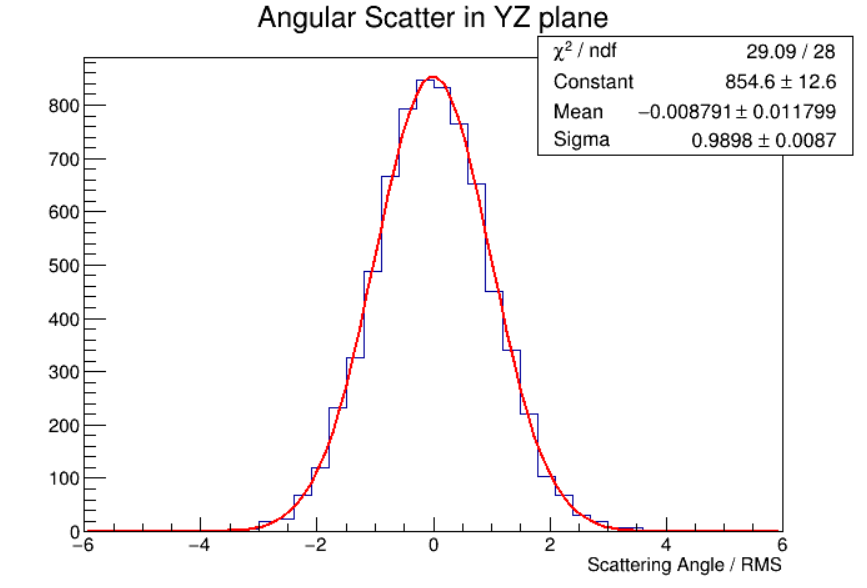 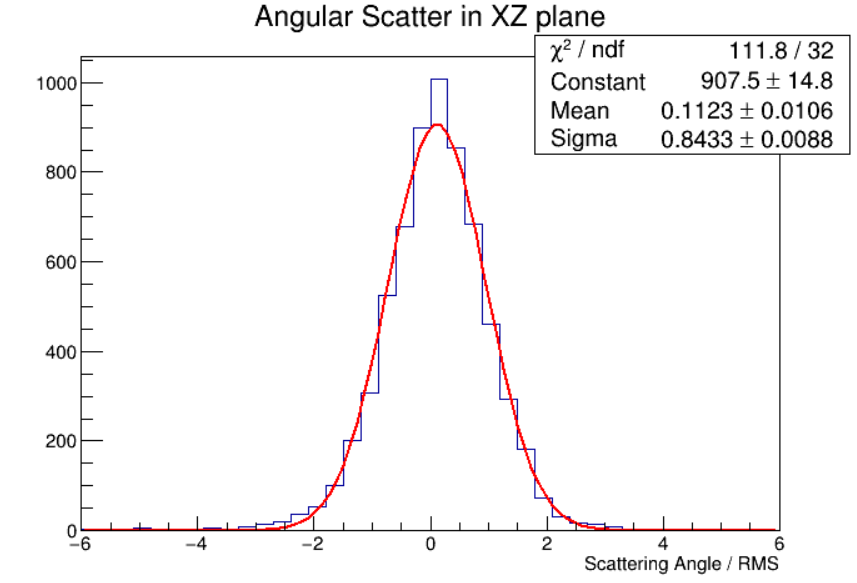 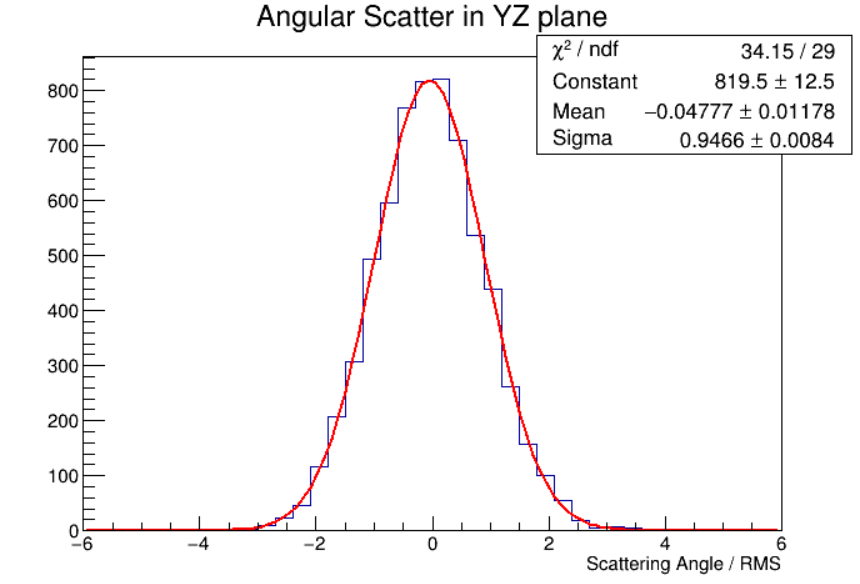 Appropriate use of MCS in neutrino experiments requires that these detector effects be identified and mitigated. Afterwards, identification of non-coulombic proton scattering could be used to more accurately predict proton scattering angles, and ultimately allow exiting protons and muons to be distinguished.