The Mathematical Modeling of the Photoionization of Dichloromethane 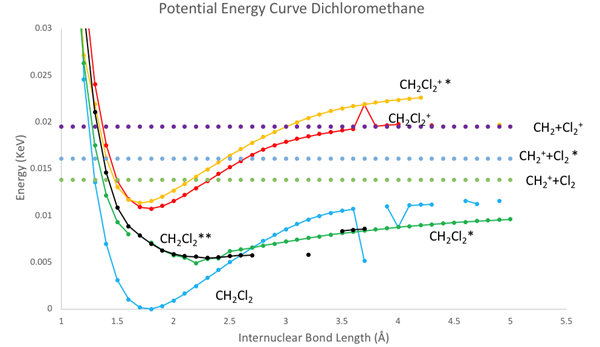 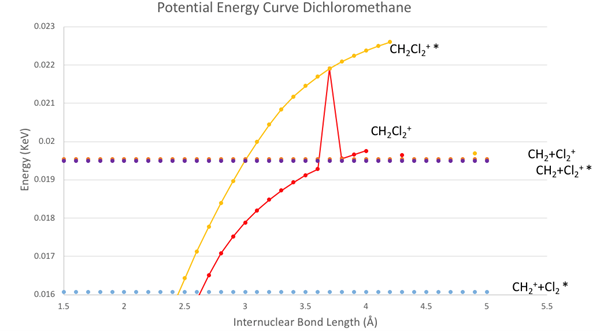 Looking at the potential energy curve even closer, we see that our potential curve is incomplete and jagged. In order to improve the curves, further research could use other approximations other than the Hartree-Fock Approximation. Also, there are two energy values of different symmetries which the dichloromethane ion may converge to. Thus moving forward, we can produce more energy values at different symmetries of the methylene, chlorine, and their ions to generate more possible converging energy values to our potential energy curves. 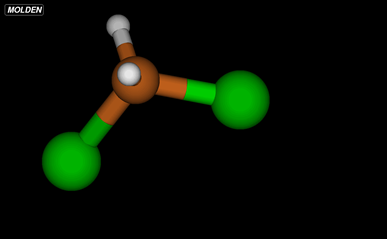 Many thanks to Dr. Greenman or guiding me through this project, the entire team of the Kansas State Physics REU Program, and the National Science Foundation. I learned a great deal during my participation in this program and was inspired by both the excellent teaching and very interesting and varied research projects.