Through the use of ultra-fast laser pulses, it is possible to resolve rotational and vibrational dynamics in molecules. In the pump-probe scheme, a neutral molecule is excited through the pump pulse. After a variable time delay, the molecule is struck with the probe pulse, which leads to dissociation or Coulomb explosion imaging. From the kinetic energy release of the fragments, information about the molecular vibrational and rotational state can be obtained. By comparing information obtained from theoretical modeling with the experimental data, the contributing states to the kinetic energy release can be identified. Over this past summer, I was able to model the vibration and rotation of singly ionized oxygen by numerically solving the timedependent Schrödinger equation with the Born-Oppenheimer approximation. Quantities of interest include oscillation periods, quantum revivals, quantum beat frequencies, and angular probabilities. In examining rotational effects, intensities ranging from 3*1014 W/cm2 to 5*1015 W/cm2 were used, with pulse lengths of 10, 20, and 30 femtoseconds. 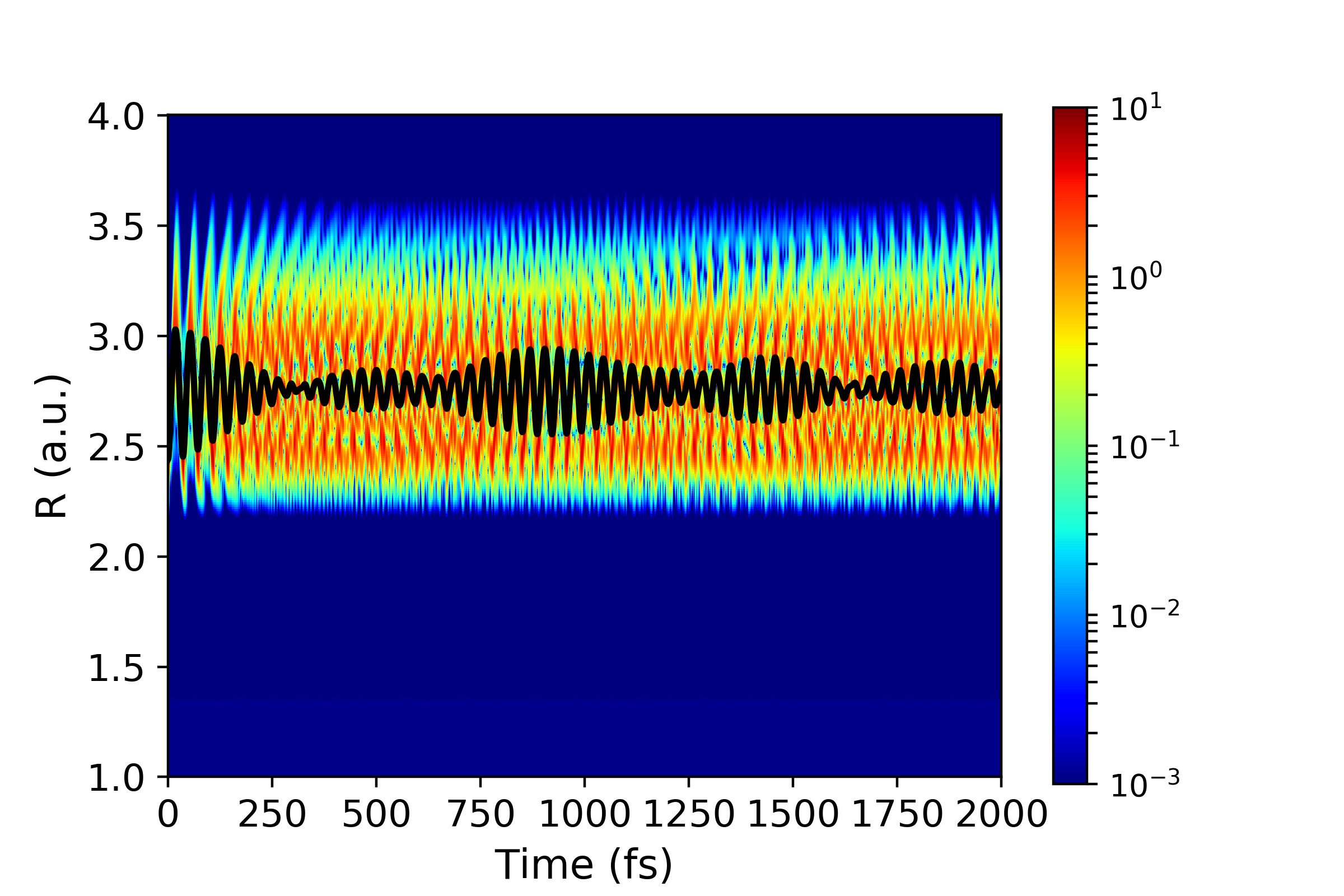 Fig 1. Probability density and expectation value of R (black line) for the lower state (a-4-Pi) . The dephasing of the wavepacket is visible as well as a partial
revival at 900 femtoseconds. 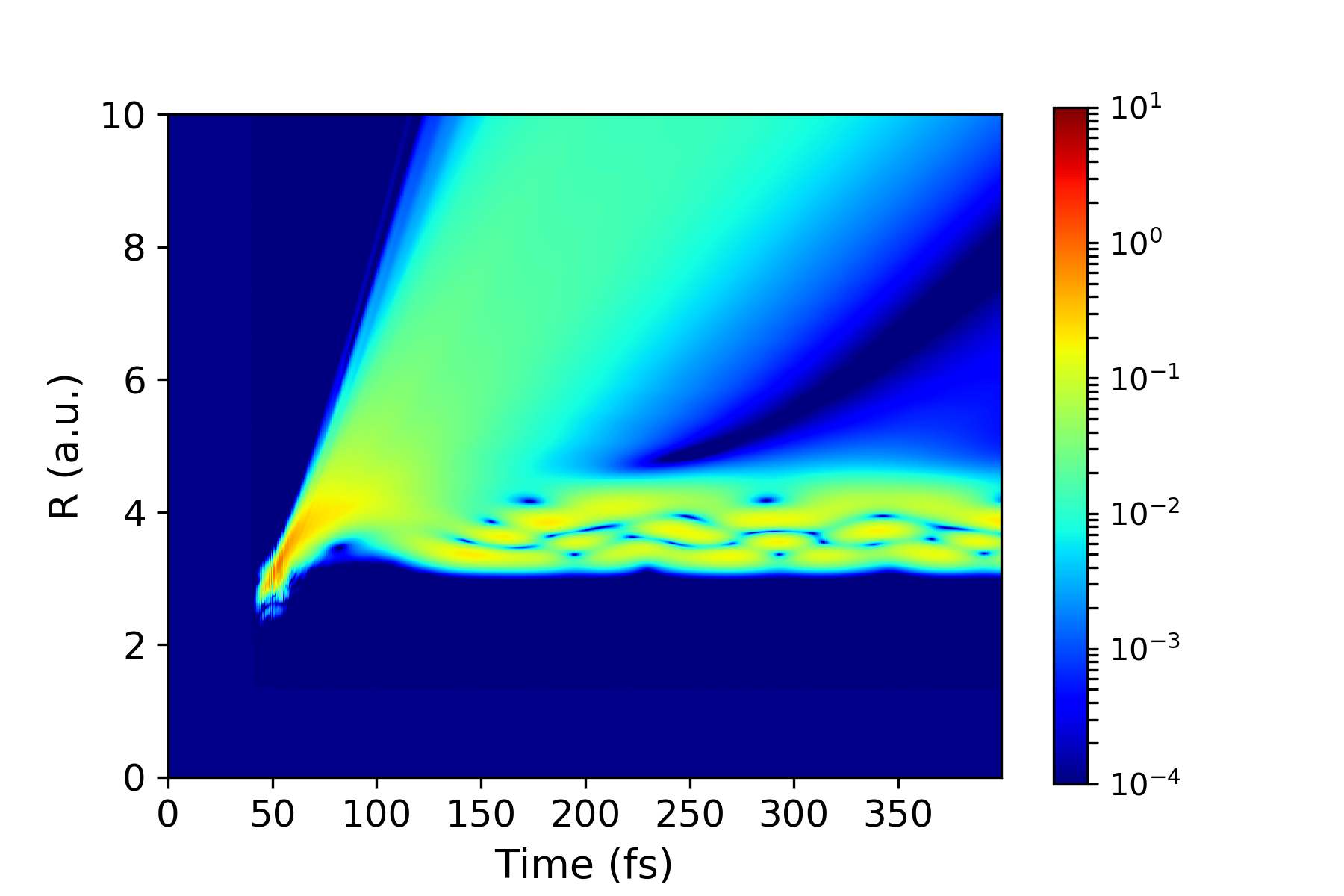 Fig 2. The probability density for the upper state (f-4-Pi) with pump-probe delay of 50 femtoseconds. This plot reveals that most probability for dissociation is
associated with this upper state. 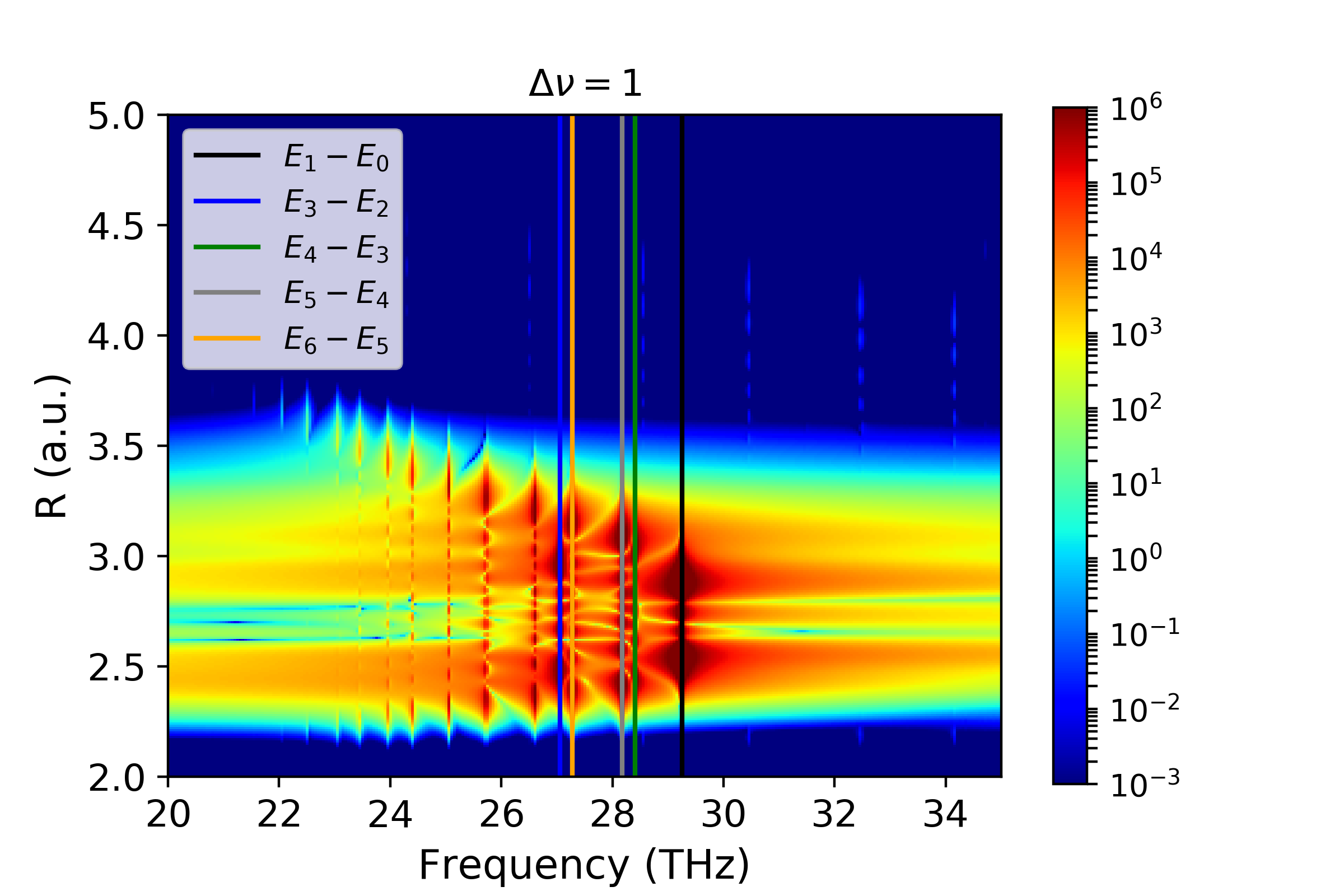 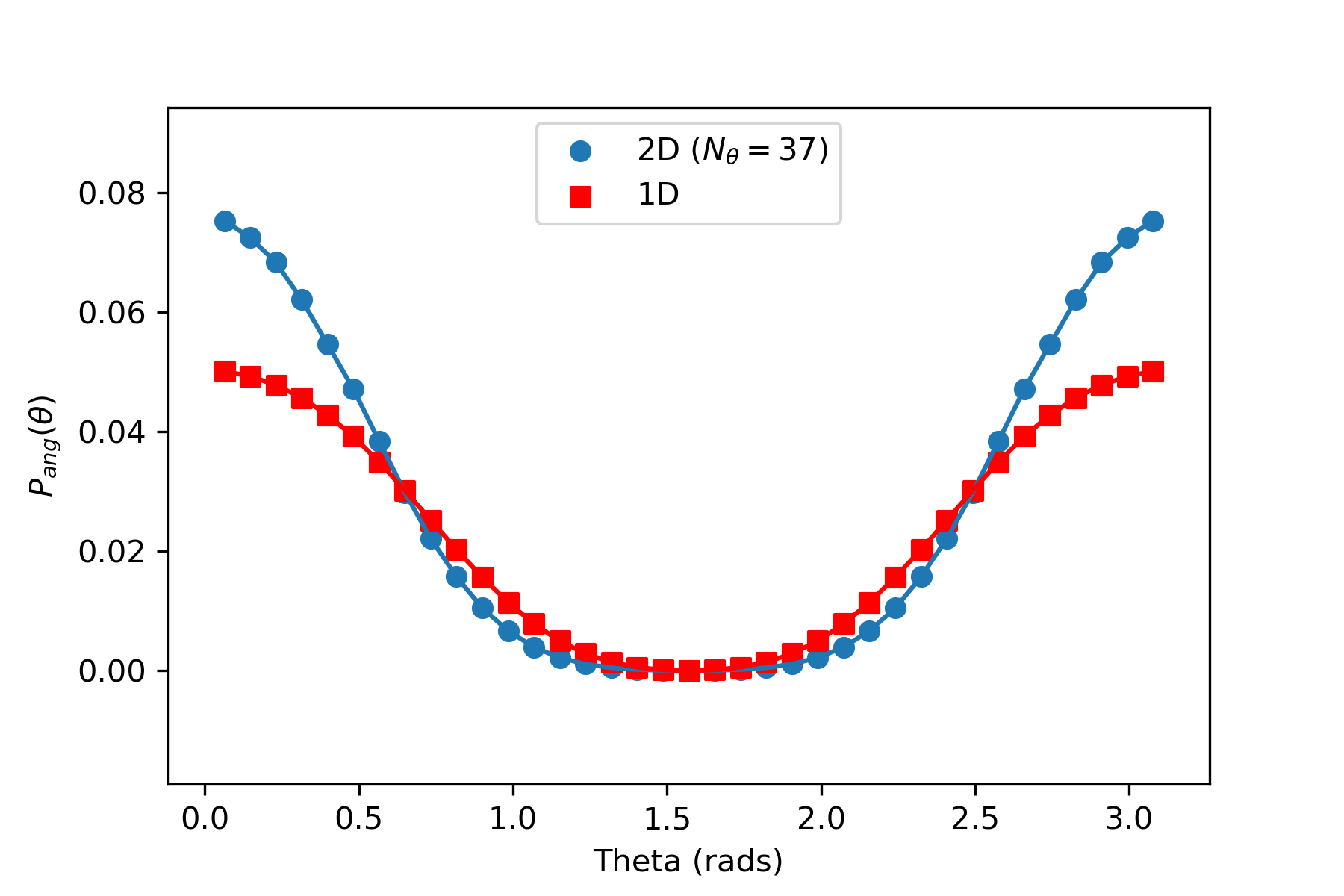 Fig 4. The angular dissociation probability, with the 2D calculation allowing for rotation and 1D calculation corresponding to a fixed molecule. The discrepancy
at 0 and Pi rads shows enhancement of dissociation from the allowed rotation. This calculation was done with a peak intensity of 3*1014 W/cm2 .