Particle Identification Away from the Bragg Peak Using dE/dx

MicroBooNE is a liquid argon time projection chamber (LArTPC) experiment that aims to further probe the low energy excess discovered by MiniBooNE [1]. To do this, MicroBooNE needs an array of excellent particle identification (PID) techniques. Traditionally, LArTPC experiments have relied on using dE/dx data around the Bragg peak of a particle's track. The reasoning behind this is that the separation in the average dE/dx of different particles is at its greatest there. Therefore, when this method works, it is quite effective. Figure 1 further illustrates why. 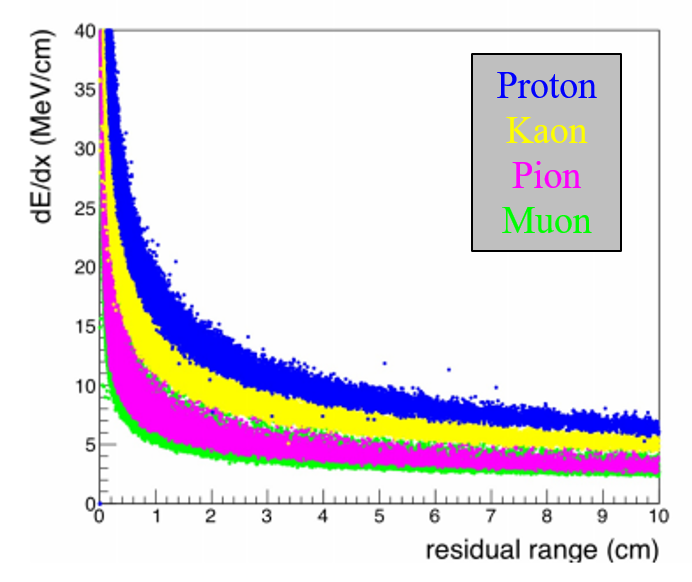 Figure 1. Plot of dE/dx versus the residual range for different types of particles as simulated by Geant4 [2].

However, there are several reasons why this method can break down. One reason is that particles do not need to be confined to the volume of the detector, meaning that the particle could leave the detector before its Bragg peak is reached. Also, particles do not strictly lose energy to ionization, the energy loss mechanism assumed by the Bragg peak method. This can lead to sharp deviations from the standard distribution of energy losses and an indistinct Bragg peak. Therefore, there is motivation to create new PID techniques that can still use dE/dx data but do not solely rely on the Bragg peak.

Although the difference in energy losses of different particles decreases farther away from the Bragg peak, the difference is still significant. Figure 2 illustrates this. 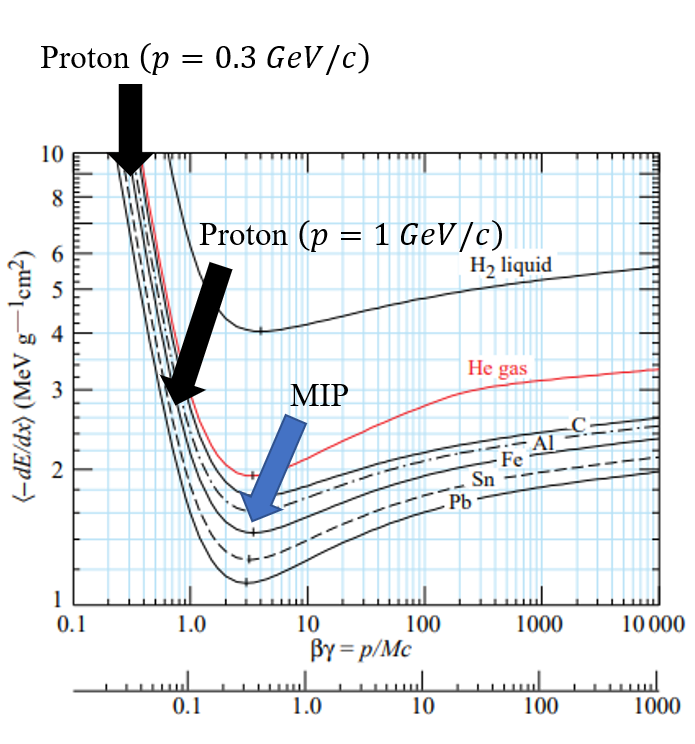 Figure 2. Plot of the Bethe equation, the formula that describes the average energy loss to ionization and electron shell interactions [3]. Specific portions of the curve are labeled to illustrate where a particle with those initial conditions would fall on the Bethe equation’s curve.

The technique works by selecting ten dE/dx points from the very center of a particle's track. From there, the truncated mean of those ten points is calculated. In essence, the truncated mean is just an arithmetic mean with outliers removed, and using this is important because dE/dx follows a highly skewed Landau-Vavilov distribution [4]. Then, the truncated mean is compared to MIP data using a χ2 test. The reasoning behind this is that the MicroBooNE detector is well-calibrated to MIP data [5], so MIPs serve as a nice point of comparison. A schematic of how my algorithm works along with the χ2 test formula can be seen in Figure 3.

Figure 3. A schematic of how my algorithm works along with the formula used to calculate (χ2 MIP) in the PID algorithm. <-dE/dx>T MIP and (width of        <-dE/dx>T MIP) are calculated using simulated MIP data, or MC-Truth muon data where the initial momentum is 400 MeV/c. 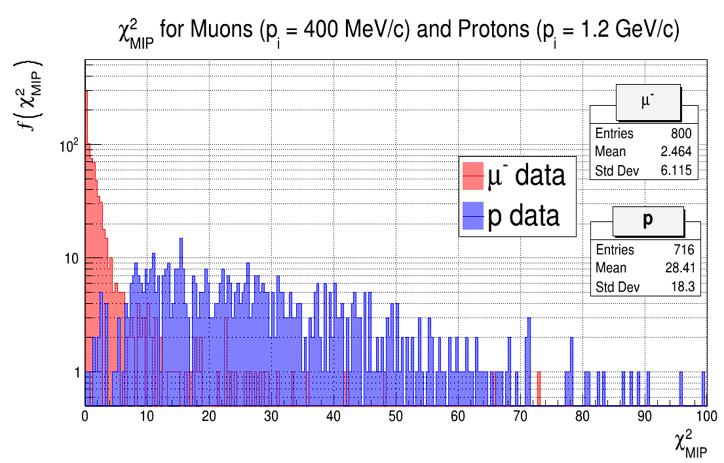 Table I: Table that displays how the (χ2 MIP Cut) impacts the efficiency of the algorithm's PID. 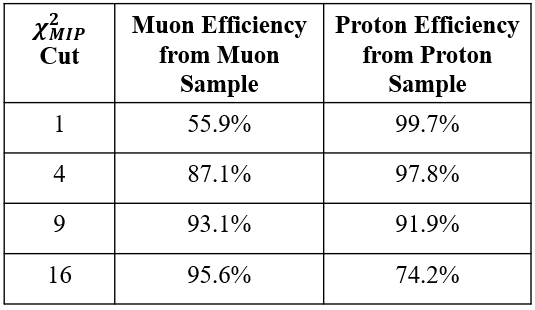 In summary, particle identification techniques away from the Bragg peak are quite useful, and using the truncated mean dE/dx in the middle of a particle's track shows great promise as a means of doing this. Looking into the future, I would like to investigate how the algorithm behaves at different test track lengths to better understand where this method would be the most effective.

[2] The MicroBooNE Collaboration, "Selection of νμ charged-current induced interactions with N>0 protons and performance of events with N=2 protons in the final state in the MicroBooNE detector from the BNB," MICROBOONE-NOTE-1056-PUB (2018).

[4] For more information on the Landau-Vavilov distribution, see the following link: http://meroli.web.cern.ch/Lecture_landau_ionizing_particle.html

[5] The MicroBooNE Collaboration, "Detector calibration using through going and stopping muons in the MicroBooNE LArTPC," MICROBOONE-NOTE-1048-PUB (2018).

I would like to thank Dr. Tim Bolton and Dr. Glenn Horton-Smith for the guidance they have provided all throughout the summer. I would also like to thank Harry Mayrhofer and Norman Martinez for their help and support as well. Additionally, I would like to thank the MicroBooNE Collaboration and the DUNE collaboration for providing data and software, Dr. Bret Flanders and Dr. Loren Greenman for organizing the REU, Kansas State University for hosting the REU, and the National Science Foundation for funding.