Single board or embedded computers, such as the Raspberry Pi and the BeagleBone, are affordable, compact, high functionality computers that are very popular among hobbyists and computer engineers. They can also serve as powerful data acquisition systems for physics experiments. In the lab of Dr. Brian Washburn in the physics department at K-State, an embedded computer known as a Red Pitaya is used to measure voltages from a laser saturated absorption measurement. The Red Pitaya is an open-source measurement system consisting of two 125MS/s RF inputs, two 125MS/s RF outputs, a 14 bit analog-to-digital (ADC) and digital-to-analog converters (DAC). It can be re-programmed to become other devices, as all the IO ports are connected to a common field-programmable gate array (FPGA). The Red Pitaya can be easily programmed within its native Linux environment or thru IP connections using Python. The Red Pitaya's impressive 14 bit ADC and onboard SMA connectors have improved our ability to measure gas absorption in our experiment. The Red Pitaya's architecture is built upon a Xilinx Zynq7 FPGA that could be used for fast signal processing, logic, and instrument control.

This project is to use the Red Pitayas FPGA as a fast, digital phase detector and servo to stabilize the carrier-envelope offset frequency a fiber laser based frequency comb. Two phase-stabilized combs will be used perform near-infrared dual-comb spectroscopy of methane as part of our agro-combs project to detect agriculturally significant gases. We currently use analog circuits as servo loops to control laser wavelength and phase stabilizing optical frequency combs. By using a digital servo we can improve our ability to control certain laser properties better, allowing for more precise, phase-coherent measurement to be performed. Since the FPGA and graphical user interface programming is available open source, the project will involve porting this to our current hardware, demonstrating a proof-of-principle phase detection and servo loop, and finally using the Red Pitaya to lock the combs that are in the lab. 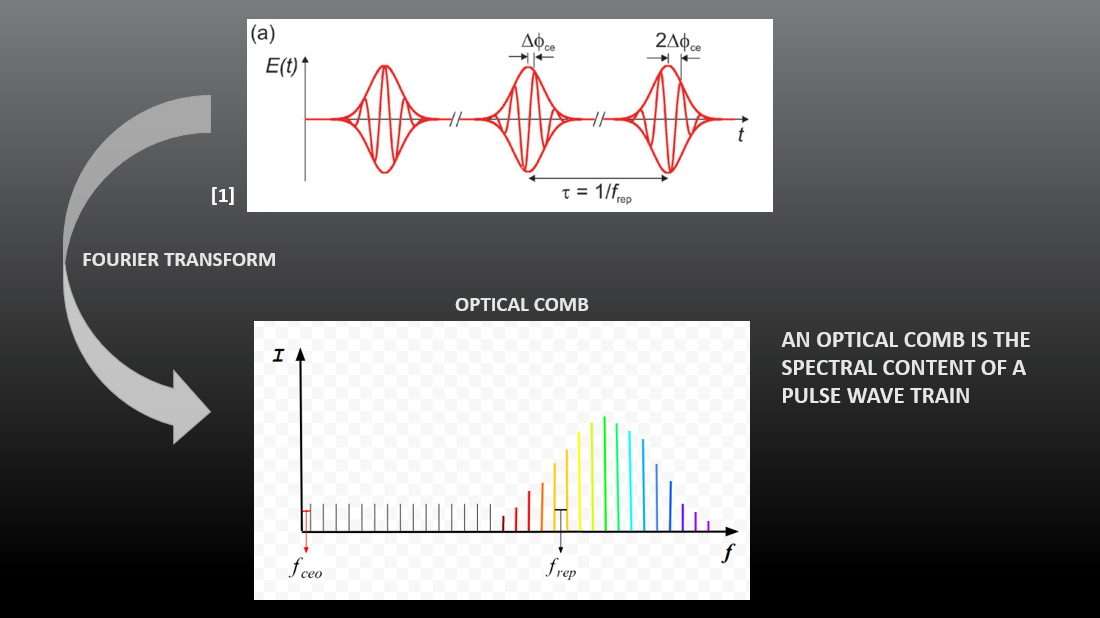 Figure 1: Optical combs are the spectral content of a pulse wave train, which is created by a mode locked laser. 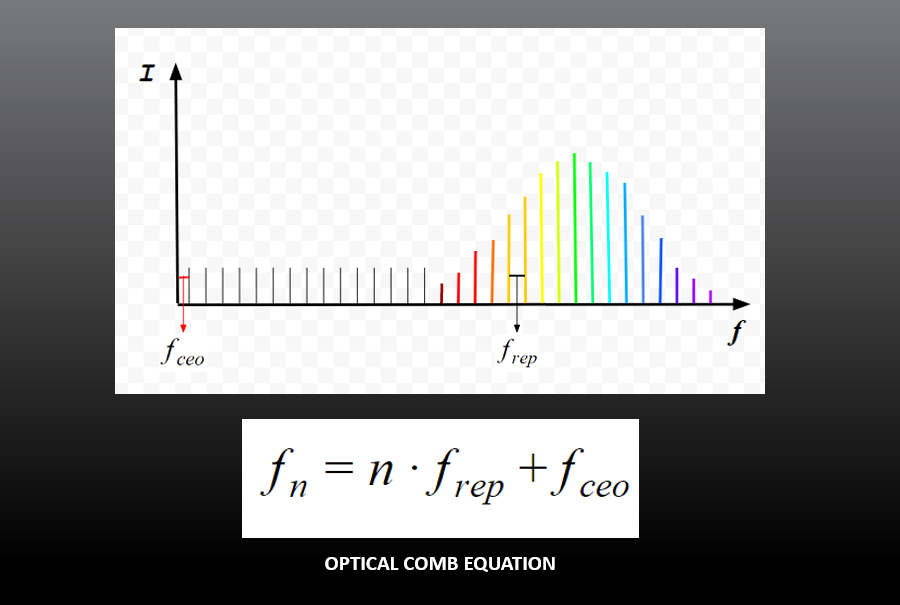 Figure 2: The comb equation can be used to find the optical frequency of a spike on the comb spectrum. F-rep is the frequency of the pulse rate and F-ceo is the offset frequency created by group and phase velocity difference in the wave train pattern. 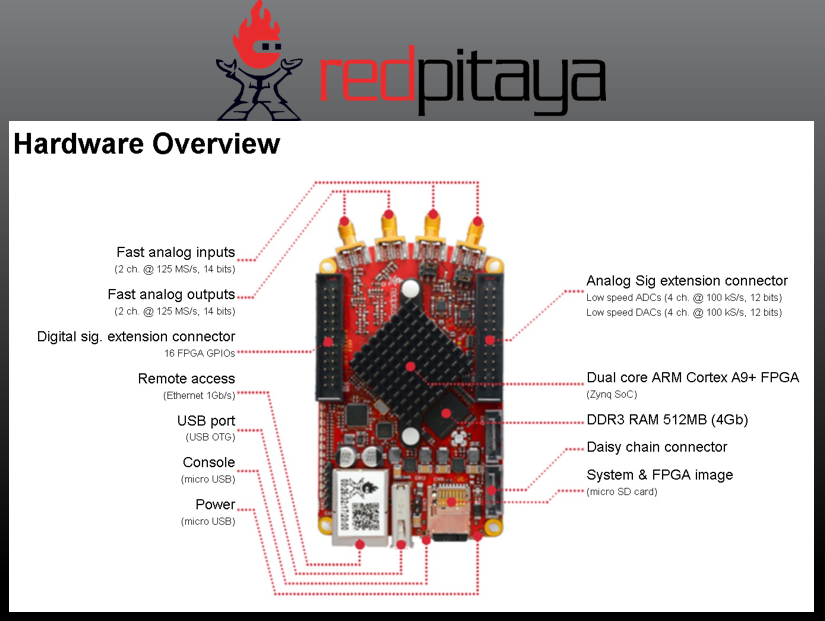 Figure 3: Hardware overview of the Red Pitaya which was used to lock and stabilize the optical combs. 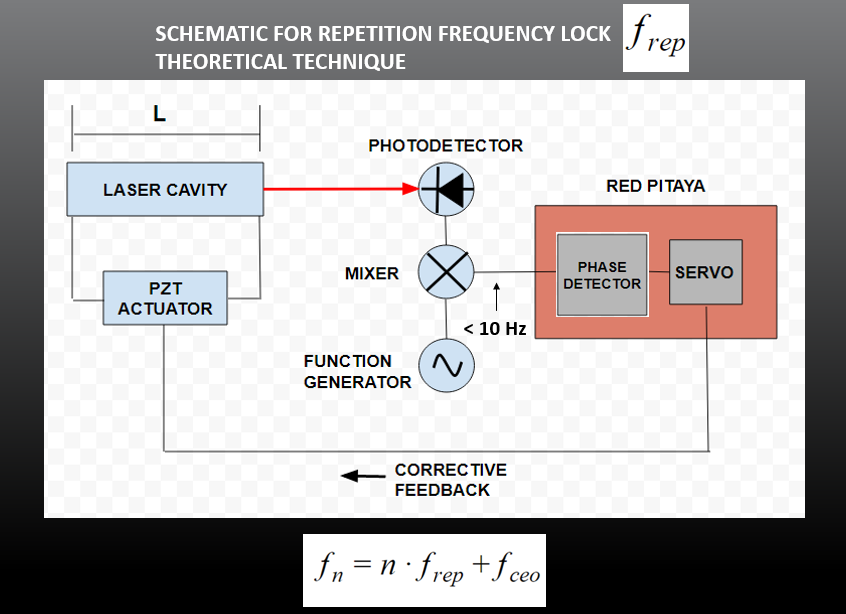 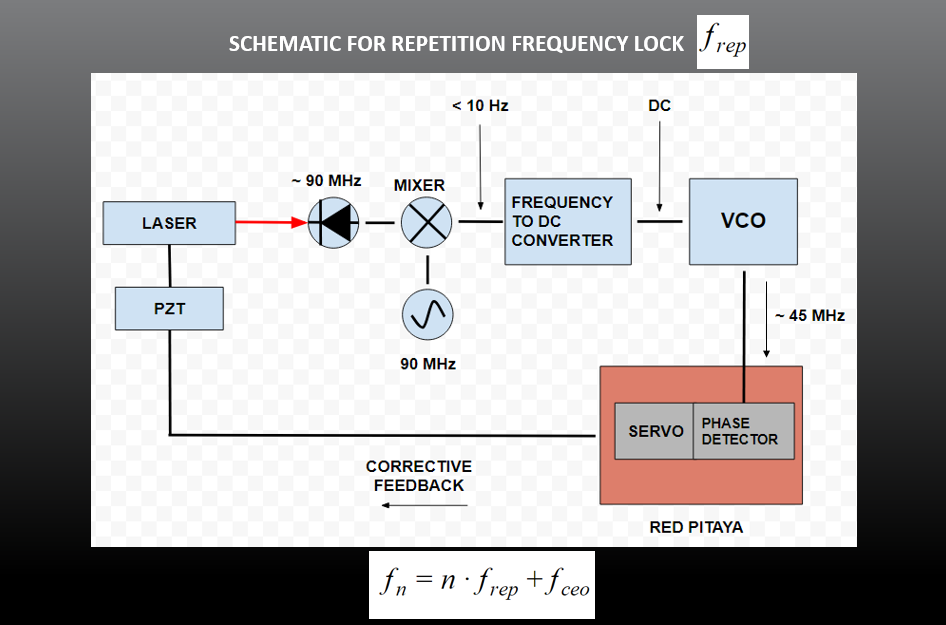 Figure 5: Alterations made to original setup for locking the repetition rate of the combs. Software used with Red Pitaya could only resolve changes in the kilohertz range. A voltage controlled oscillator was added to remedy this issue. 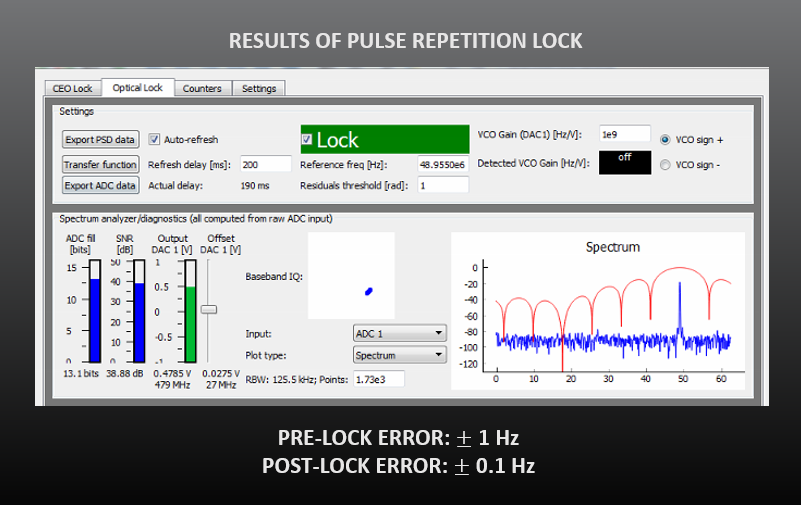