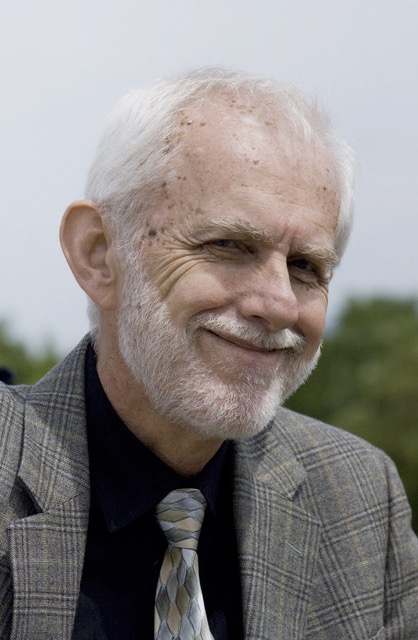 Dr. Clifford Will, Distinguished Professor of Physics at the University of Florida, and Chercheur Associé at the Institut d'Astrophysique de Paris, will present the 2022 Chester Peterson, Jr. Public Lecture in Physics.  This lecture, “Black Holes, Waves of Gravity, and other Warped Ideas of Dr. Einstein” will be held on Tuesday, March 8, at 4:30 p.m. in Room 103 of Cardwell Hall at Kansas State University. The lecture will also be offered via a Zoom link that can be obtained by emailing office@phys.ksu.edu. This introductory lecture will not be at  a technical level and is geared toward the general public.

Dr. Will will discuss how Einstein's theories of relativity have had a major impact on everything from popular culture to everyday life to basic science. Songs, plays and movies proclaim Einstein as the symbol of genius, while users of GPS unknowingly take account of Einstein's relativistic warpage of time.

Gravitational waves and black holes are two of the crazier ideas that come from Einstein's theories. Today, international teams of scientists are on a quest to verify these ideas. Using large-scale detectors on the ground they have detected Einstein's gravity waves and are using them to reveal the hidden secrets of black holes.  Astronomers are tracking stars revolving around the massive black hole at our own Galactic Center and are producing images of the shadows of black holes.

K-State physicists work on other crazy ideas that come from Einstein’s theories, including dark energy and the expansion of the Universe.

Will obtained his Ph.D. in Physics under Kip Thorne from the California Institute of Technology in 1971 and was an Enrico Fermi Postdoctoral Fellow with S. Chandrasekhar at the University of Chicago.  After 38 years on the faculties of Stanford University and Washington University in St. Louis, he moved to the University of Florida in 2012.

He has published over 220 scientific articles and four books.  His 1986 popular book "Was Einstein Right?"  was selected one of the 200 best books for 1986 by the New York Times Book Review, and has undergone translation into French, German, Italian, Japanese, Portuguese, Spanish, Korean, Greek, Persian, and Chinese. His latest book, "Is Einstein Still Right?", with Nicolás Yunes, has been translated into Chinese and recorded as an audiobook.

This talk is open to the public and is free of charge.  Students, faculty and community members are encouraged to attend or join in via Zoom.

Refreshments will be served prior to the lecture at 4:00 p.m. in Room 119 of Cardwell Hall.