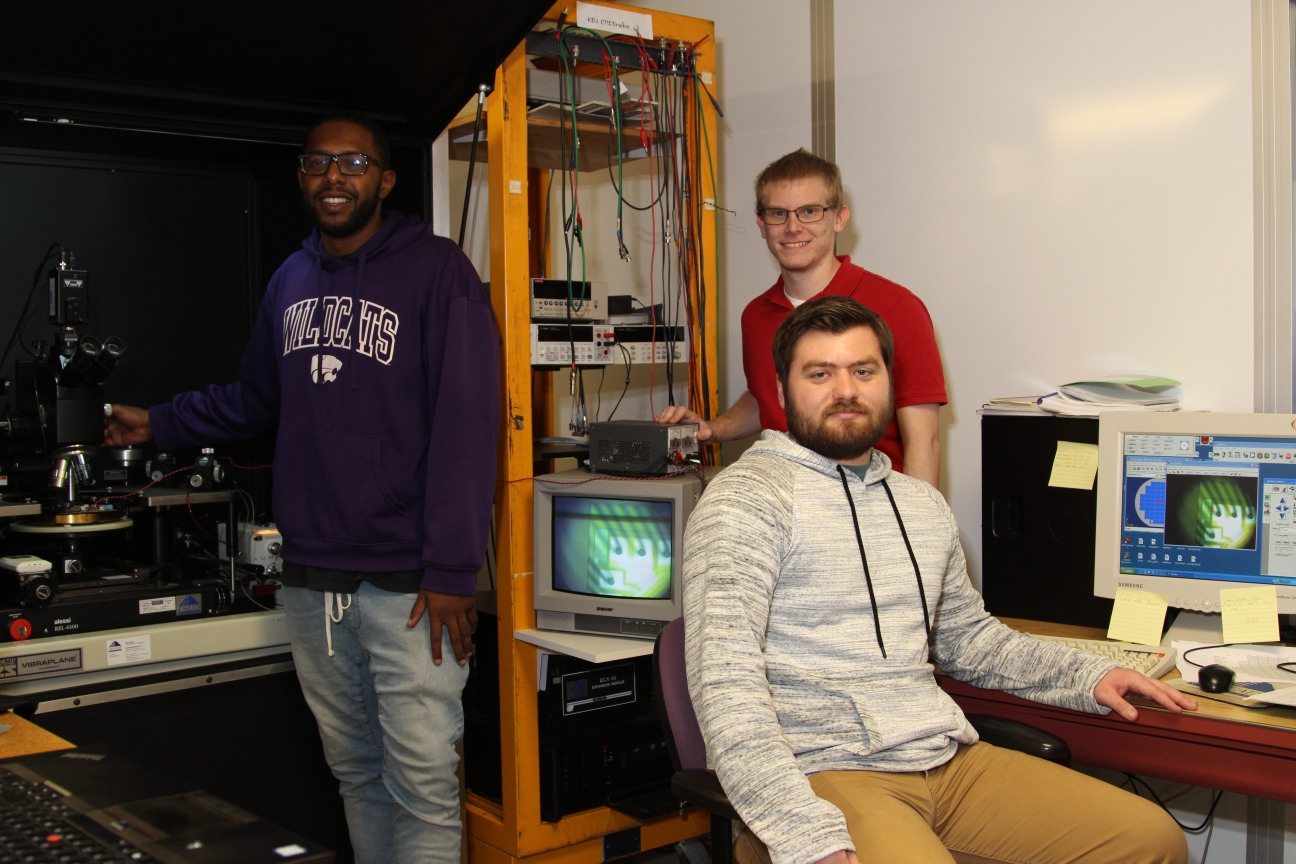 Three K-State Physics undergraduate students - Austin Dortch, Christopher Hatch and Jake McCrary - made an important contribution to the replacement of the innermost layer of the Compact Muon Solenoid (CMS) pixel detector at Large Hadron Collider (LHC). The CMS detector is one of the detectors at LHC, where the Higgs boson was discovered in 2012.

The pixel tracker detector is located in the heart of the CMS, recording hits from charged tracks as close as 3 cm from high energy proton-proton collisions interaction point. Therefore, it suffers most from radiation damage.

The students spent their summer in the K-State high bay lab testing small electronics chips, called TBMs. The TBM chips collect and communicate hits that are read out from active pixel region. They are very small (4.8mm x 3.2mm) and must be handled with extreme care using special probing equipment.

The chips together with other detector components are now being assembled at CERN, and will be used in data taking that will resume in 2021.

The work was performed under the supervision of Professor Andrew Ivanov and engineer Russell Taylor and supported by the Department of Energy.

This important work was recently featured in CERN News.  You can read about it here.