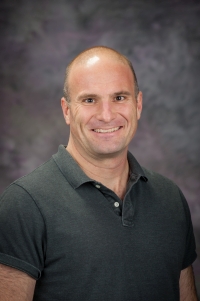 Dr. Jeremy Schmit's recent work, "Amyloid assembly is dominated by misregistered kinetic traps on an unbiased energy landscape", has been published by the Proceedings of the National Academy of Sciences of the United States of America (PNAS).

Schmit’s research involves amyloid fibrils, which are a type of protein aggregate associated with neurodegenerative disorders such as Alzheimer's disease. The molecular mechanisms of these fibril aggregations have been elusive due to the long timescales involved.

Schmit and fellow researchers developed a multi-scale simulation algorithm allowing them to "fast forward" through the slow parts of the process and focus computer time on faster processes.

Their results revealed that, in contrast to the folding of native proteins, the kinetics of amyloid aggregation is dominated by non-productive pathways.

“We’ve captured the entire process”, said Schmit. “People have always talked about a ‘conformational change’ during amyloid formation, but nobody really knew what that looked like or how it happened. Our model shows the entire process, and it turns out to be pretty simple. Our work shows where the states are and how they are connected.”

This multi-scale approach does not involve any free parameters and can be extended to describe other protein binding and assembly processes.

“We’ve had the basic idea for a while now, but it turned out to be tricky to put all the pieces together. Zhiguang did a terrific job figuring out how to get the computational model working”, said Schmit.