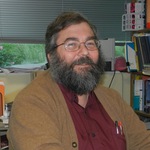 The glass transition in many supercooled liquids is characterized by an extremely sharp increase in viscosity - often as much as 10 orders in just a few degrees - that precedes the freeze-out of molecular rearrangements. Photon correlation spectroscopy (PCS) operates on timescales from microseconds to minutes and provides a means to investigate the molecular-level dynamics of these viscous liquids. Although most models suggest that the rapid increase in viscosity is driven by a thermodynamic need for the liquid's excess entropy (in excess of the crystal) to vanish before any violation of the second law occurs, few studies have looked at this connection in detail. Our work has focused on studies of the dynamics of network-forming glasses (NFGs) where the formation of discrete covalent bonds lends itself to rather simplistic structural models characterized by a single variable: the average bond per particle, <r>. Depending on the glass chemistry, a wide range of network structures from flimsy, polymeric (<r> ≈ 2) to highly constrained (<r> > 3) can be explored, including those near the so-called percolation threshold, <r> = 2.4, where particle degrees of freedom are just balanced by an equal number of bonding constraints. These variations in <r> also provide a means for manipulating the liquid's excess entropy and studies of both oxide and non-oxide NFGs reveal a common dependence of the rapid viscosity rise on the level of bonding as conveyed by <r>, or an appropriately coarse-grained corollary, which supports the role of entropy in driving the glass transition.