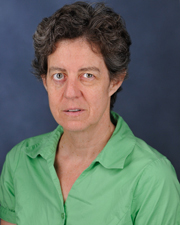 As a Jefferson Science Fellow from August 2014-August 2015, Alice Bean worked with the Office of Religion and Global Affairs at the U.S. Department of State on climate change and environmental issues.  The Office of Religion and Global Affairs works to implement the National Strategy on Religious Leader and Faith Community Engagement which includes building partnerships on environmental issues.   With the United Nations Framework Convention on Climate Change Conference of the Parties meeting 21 in December, 2015 in Paris, there were and continue to be great opportunities for physicists to interact with policy makers and the general public.    As an experimental particle physicist, much was learned about climate change science, how the public views scientists, how science can influence policy, but most especially how to communicate about science.