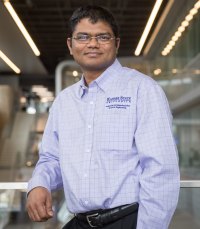 Carbon has revolutionized the field of nanoscience and nanotechnology for more than three decades with the discovery of its three allotropes: Fullerene, Carbon Nanotubes, and Graphene. Each of these candidates has received a Nobel prize, indicating their transformative properties that could potentially lead to a number of future applications. In my talk I will particularly focus on graphene, which was proven to be the first two-dimensional atomically thin material. More importantly, it is the first material discovered that demonstrates a linear energy-band structure, qualifying to be called, a Dirac Material. Over the past decade and a half although much of the graphene science has been explored, in recent years, the focus of graphene research has been shifted to its further unique properties by nano-engineering its structure as well as its scalable production and unique applications for new technologies envisioned for future societal benefits. In this talk, I will present our recent work on graphene research where we engineer its structure, study its physics and chemistry, and innovate technologies for sensors and energy.

Dr. Das received his BS and MS degree in physics (high energy theory) from Utkal University in India and a MS degree in physics (condensed matter experiments) from University of Puerto Rico-Rio Piedras campus. In 2013, he received his Ph.D. degree in Physics from Purdue University. After a year of postdoctoral study at Purdue’s School of Electrical and Computer Engineering, he moved to Mechanical Engineering Department at Iowa State University as a postdoctoral fellow, while he was also affiliated with Division of Materials Science and Engineering at Ames DOE Laboratory. In Fall 2017 he joined K-State Engineering faculty.

At K-State, he is Jeffrey and Joy Lessman - Carl andMary Ice Keystone Research Scholar and also received University president’s mentoring award. In 2020, he received one of the ten awards by the National Science Foundation (NSF) to lead a group of researchers from US and UK to conduct a research project on Signal in the Soil, where he is engaged in fundamental understanding of soil phosphates sensing using graphene electrochemical sensors. He is also leading a Graphene Ink-based additive manufacturing research with funding from HydroGraph Power Inc., a Vancouver-based startup, by collaborating closely with Dr. Christopher Sorensen’s group at K-State Physics using Chris’s Detonation-Synthesized Graphene. His graphene-based research and innovations have been highlighted in several national and international news outlets and professional scientific magazines, such as IEEE Spectrum Magazine, IEEE Signal Processing Magazine, Materials Today, Electrochemical Society.