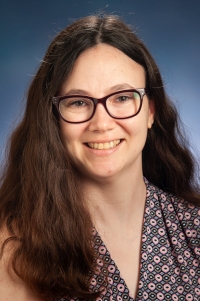 Despite increasing numbers of students graduating with physics and other STEM degrees, the percentage of women earning bachelor's degrees in physics has stagnated at approximately 20% for the past decade. The drop in representation of women in physics occurs at the high school/college transition. Nearly half of high school physics students are young women, but only one-fifth of physics majors at college entrance are women. Thus, efforts to increase the representation of women in physics need to focus on high school, which is many students' first and last exposure to physics. STEP UP is a nationwide community with the goal of inspiring young women to pursue physics bachelor's degrees. We have developed two lessons for use by high school physics teachers: Careers in Physics and Women in Physics. The lessons are grounded in research on physics identity, goal orientation, career intentions, and gender. In this talk, I will give an overview of the project and present results of the pilot study conducted in Fall 2017 and the experimental study conducted in Fall 2018. Learn more about STEP UP and join the movement at http://www.STEPUPphysics.org.

Bio. Robynne Lock is an Assistant Professor of Physics & Astronomy at Texas A&M University-Commerce. She earned her B.S. in physics from the University of Texas at Austin in 2005 and her Ph.D. in physics from the University of Colorado Boulder in 2011. Subsequently, she worked as a postdoctoral researcher in the Department of Engineering & Science Education at Clemson University, and then came to A&M-Commerce in 2014. While her Ph.D. was in the area of experimental atomic, molecular, and optical physics, her current work is in the area of physics education research. She studies factors affecting students' career decisions with a focus on strategies for recruiting more women into physics and also examines group work in introductory university physics classes. Furthermore, she works extensively in physics teacher preparation and is Director of the Learning Assistant Program at A&M-Commerce.