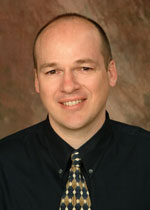 The discovery of the Higgs boson at the Large Hadron Collider in 2012 completed the structure of the Standard Model of particle physics. However, there are several independent pieces of direct evidence that the Standard Model must be extended to include new particles and interactions. Supersymmetry, which proposes that each known type of fundamental particle has a partner particle with the same interactions but different spin, is a compelling possibility that can help explain the mass scale of the weak interactions and provides a dark matter candidate. Another option is that there are new heavy quarks and leptons beyond the known ones; however, experimental evidence shows that these must satisfy a property known as decoupling, and therefore they must have very different properties than their Standard Model counterparts. Unifying the ideas of supersymmetry and extra quarks and leptons can help explain why the Higgs boson mass is what is observed, and provides exciting new challenges for experimental searches.