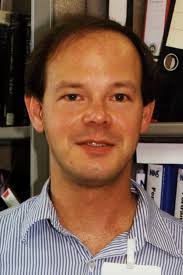 Panchromatic Imaging of a Transitional Disk: The Disk of GM Aur in Optical and FUV Scattered Light

We have imaged the young star GM Aurigae with the Hubble Space Telescope (HST) and detected its proto-planetary gas+dust disk in scattered light at 1400 A and 1650 A, and compared these with observations at 3300 A, 5550 A, 1.1 microns, and 1.6 microns. The radial surface brightness profile at 3300 A shows no evidence of the 24 AU (Astronomical Unit) (3.6 billion km) radius cavity that has been previously observed in sub-mm wavelength observations. A unique cylindrical structure is detected in the far-UV data from HST's Advanced Camera for Surveys/Solar Blind Channel. It is aligned along the system semi-minor axis, but does not resemble an accretion-driven jet. We suggest one explanation for this (and the lack of an observed cavity) which could be due to a planet < 9 Jupiter masses, interior to 24 AU.