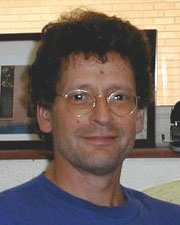 Modeling the cosmic velocity field, and especially estimating its lowest order moment, the bulk flow, has been a popular pursuit among aficionados in the cosmological community for three decades now. Other than estimating the magnitude and direction of the flow, one of the main difficulties has been defining the scale of flow detected. There is a nearly universal agreement as to the direction of the flow, however, there is some disagreements regarding the magnitude and scale of the flow. We developed and applied the Minimal Variance (MV) formalism to optimize and clearly define the scale of a particular analysis, using the width of the survey window function as a proxy for scale. Comparing the MV ideal window function to any analysis window function gives an unbiased estimate to the survey width (or scale) and thus provides a method to directly compare various results. Further, I will introduce a new estimator of the peculiar velocity from redshift and distance estimates. This estimator results in peculiar velocity estimates that are statistically unbiased and have Gaussian distributed errors. The adoption of the new estimator significantly improves the accuracy and validity of studies of the large-scale peculiar velocity field and eliminates potential systematic biases, thus helping to bring peculiar velocity analysis into the era of precision cosmology. I will discuss the method, compare various recent analyses and show that the disagreements are not as significant as they appear.