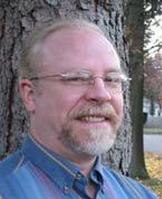 Helium-3 (3He) is a rare isotope of helium gas used in several areas of physics research, primarily in achieving ultra-low temperatures. The bulk of the present stockpile of 3He was produced as a by-product of nuclear warhead manufacture during the cold war. This limited supply is dwindling rapidly, leading to competition between the scientific research communities and various national security agencies for the remaining supply. Until now, 3He has been the material of choice for detecting fission neutrons, and is used extensively for nuclear nonproliferation and anti-smuggling efforts, as well as neutron dosimetry in nuclear naval vessels and civilian power plants. While much federal funding has recently been put into a search for a replacement neutron detection material, the Semiconductor Materials and Radiological Technologies Lab in the KSU Mechanical and Nuclear Engineering Department has been working on 3He replacement since 2002, and now has the highest-efficiency, commercially-available 3He replacement technology. The Microstructured Semiconductor Neutron Detectors (MSNDs) are now being sold by a spin-off company headed by a recent KSU PhD graduate. The talk will focus on the principles of high-energy neutron and fission neutron detection, technical trade-offs between gas-filled, layered and coated devices, and latest research results for the next generation of 3He replacement technologies at KSU.

Dr. Ugorowski has over 15 years of Applied Physics experience in the field of radiation detector development, particularly in coincidence measurements, neutron detection and gamma spectroscopy. He worked on the development of real-time nuclear fragment discrimination at the National Superconducting Cyclotron Laboratory at Michigan State University, and designed and developed a new type of recoil proton detector for the Electron-Cooled Proton Storage Ring at the Indiana University Cyclotron Facility. As a postdoc, he developed a portable nuclear calorimetry system for the Air Force, and is presently involved with development and testing of new scintillators, fission detectors and solid-state neutron and gamma detectors in the Nuclear Engineering Program at Kansas State University.