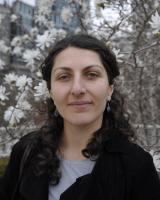 Higgs Discovery and Beyond

The recent discovery of a Higgs boson is a fundamental advance in particle physics. This boson was predicted in 1964 and is thought to generate mass of elementary particles, consequently allowing formation of atoms, and hence shaping the Universe the way we see it today. Although the discovery is widely considered to complete the standard model of fundamental particles and their interactions, the model still does not provide satisfying answers to many questions of nature, including the origin of the dark matter, why gravity is so weak compared to other interactions, and many others. All these indicate that there must be new phenomena that is yet to be observed. In this talk, I will describe implication of the discovery of the new boson at the LHC and discuss very recent and exciting results from the CMS experiment on Higgs physics and search for new physics beyond the standard model.