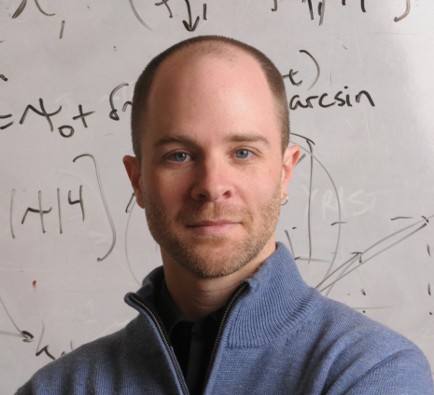 How the Quantum Craze is Changing the World:
From the Hilarious Feynman to 300+ Seriously Powerful Quantum Computers
Monday, October 7, 2019
4:30 p.m.
Cardwell 103

In 1981 Richard Feynman suggested that we could recreate quantum reality by creating a copy of it in a quantum computer. Although his speech seemed quite radical at the time, the very next year Bell's inequalities were incontrovertibly measured, showing that reality is indeed non-local, despite Einstein's famous complaint in 1931 that this must be why quantum theory is wrong. Since then, we have gone on in the early 2000's to build hundreds of working programmable quantum simulators which solve quantum problems directly in their hardware -- hardware is software in this case. Moreover, we are well on the way to building universal quantum computers which can solve arbitrary problems. In this talk, I will give a brief history of quantum information science, then explain what kinds of problems we have already been solving with these devices, as well as what we hope to accomplish over the next few years. I will explain the difference between "digital" and "analog" quantum computing and explain why so many scientists, universities, governments and corporations worldwide think this is the moment when quantum goes from the single-body quantum mechanics underpinning CPUs and taught in undergraduate physics, chemistry, and materials science classes, to the many-body entangled quantum mechanics of QPUs -- the quantum processing unit. At the Colorado School of Mines we believe in Quantum For Everyone, and are creating a quantum engineering program suitable for all STEM researchers. I'll discuss why quantum is a lot more accessible than most people think, for both physicists and non-physicists. Finally, I will present a taste of my own research in which I use quantum simulators to explore the potential origin of the complexity we observe all around us in the quantum world.