Neutrinos Get Under Your Skin 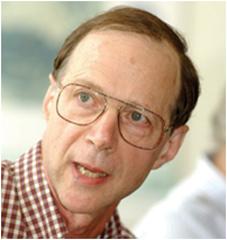 Neutrinos get under your skin.  They are everywhere. Even inside us. Neutrinos are among the most abundant of the tiny particles that make up our universe. They are very hard to detect or study. But in the last 15 years, a lot has been learned about them. This lecture will introduce the neutrinos, and describe their exotic behavior, which is governed by the laws of quantum mechanics and is very different from the behavior of everyday objects. The lecture will also explain some of what we have learned about the neutrinos so far, and what we would like to learn about them, and about their role in the universe, through future experiments. One intriguing possibility is that neutrinos have played a key part in creating a universe that contains something instead of nothing.

Refreshments to be served at 3:00 p.m. in Room 113 of the Leadership Studies Building