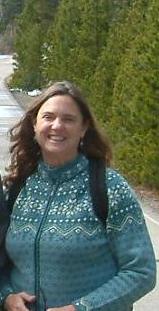 A Physicist Looks at Detector Engineering

Penny Warren will present the 2011 Ernest Fox Nichols Distinguished Alumni lecture on Monday, November 14, 2011. Dr. Warren, native of Winfield, Kansas, earned a B.S. degree in physics from Kansas State University in 1987. She went on to Purdue University where she obtained her M.S. in 1990 and her Ph.D. in 1996 - both in nuclear physics.

Upon completion of her graduate studies, she worked as a research physicist for the Naval Research Lab in the Optical Sciences Division, Applied Optics Branch, Sensor Technology Section in Washington D.C.

In 2002, she moved to Ball Aerospace & Technologies Corporation in Boulder, Colorado. She started as a principle detector engineer and in 2007 became the detector area functional manager.

As detector area functional manager, Dr. Warren serves as the leader of 35 engineers and technicians. She is the subcontract manager for detector chip assemblies for the high accuracy star tracker program. She has characterized CCDs for the Keplerphotometer, the main instrument on a NASA spacecraft equipped with a space observatory designed to discover Earth-like planets orbiting other stars and for the Ozone MapperProfiler Suite, which measures the global distribution of ozone in the stratosphere.