Highlights from the NuSTAR Satellite 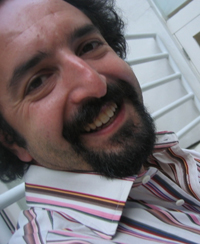 NASA's Nuclear Spectroscopic Telescope Array, or NuSTAR, launched in June 2012, and is the first telescope in orbit to focus high energy X-ray light. High energy X-ray light provides a unique probe of the most energetic phenomena in the universe, from flares on the surface of the Sun, to the explosions of stars, to the extreme environments around neutron stars and black holes. NuSTAR has discovered new classes of objects, such as neutron stars accreting at prodigious rates, and has provided uniquely robust measurements of how fast black holes are spinning. Compared to the previous generation of non-focusing observatories working in this energy band, NuSTAR's change in technology provides 10x sharper images and 100x greater sensitivity. This talk will present some of the highlights from the NuSTAR mission and describe how they are changing our picture of the extreme universe.

Refreshments to be served at 4:00 p.m. in Room 113 of the Leadership Studies Building