This project looks at four kinds of inclusive charged current neutrino interactions to develop a statistical process that can be used to determine how frequently they occur in a neutrino Monte Carlo simulator, GENIE, and in MicroBooNE, a liquid argon time projection chamber. In each of these interactions, a muon neutrino interacts via the weak force with the argon nucleus to produce a muon and a proton, and possibly some other particles.

Figure 1: There are broadly 4 types of charged current neutrino interactions.

The idea behind the fit is that each interaction can be characterized by 5 kinematic variables: kinetic energies of the muon and proton, their scattering angles, and the difference in their azimuthal angles. Different interactions will have different distributions for each variable as evidenced by the plots below. 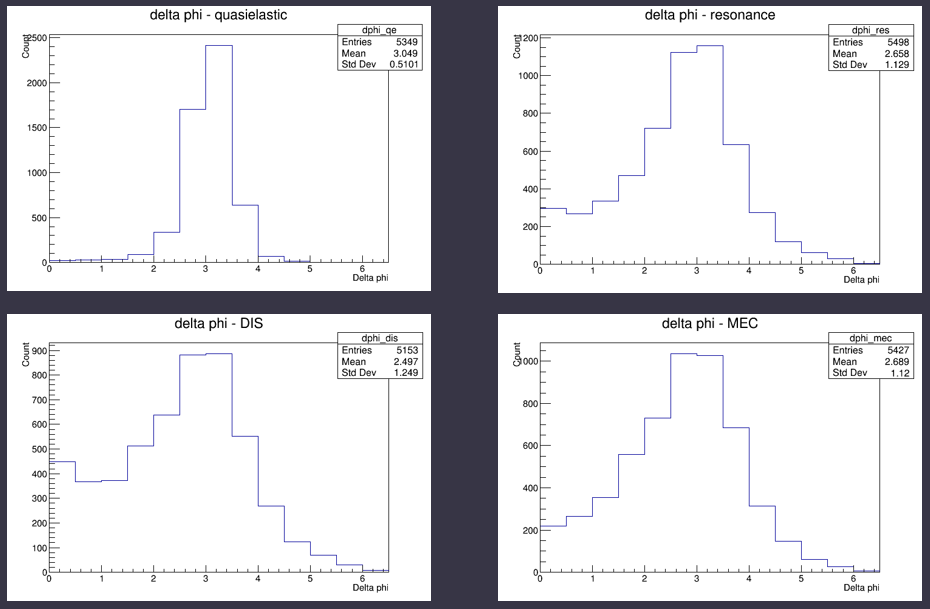 Figure 2: Each interaction has a different distribution in each kinematic variable. For example, the delta phi distribution for quasielastic interactions is much more sharply peaked than for deep inelastic scattering.

Using this fact and correlations between variables (e.g. more DIS events occur at higher energies), we can vary our parameters to produce a distribution that most accurately predicts our observed dataset by maximizing the Poisson likelihood function or similarly by minimizing the negative log likelihood.

Our model just looks at MCTruth data generated by GENIE and assumes perfect resolution in our measurements. I attempt to simulate the detector efficiency by implementing a step function efficiency that fails to detect any events with final particles with less than 70MeV of kinetic energy and detects all events with energies above 70MeV. Initially, our model only considered up to two variables at once, and while it was able to determine a best fit, it was only able to create a 6-sigma effect difference in likelihood when comparing the full model with a model that ignores DIS events. When our model looks at all 5 kinematic variables at once, it is able to distinguish all 4 interaction types with a 23-sigma effect between a 4 and 3 contribution model.

Figure 4: 1D and 2D projections of the full 5D fit with the observed data graphed in red and the model prediction graphed in blue.

I'd like to thank Dr. Tim Bolton and Dr. Glenn Horton-Smith for their advice and guidance in this project as well as Kansas State University and the National Science Foundation for their support.